Why We Don’t Recommend Coffee on the Military Diet 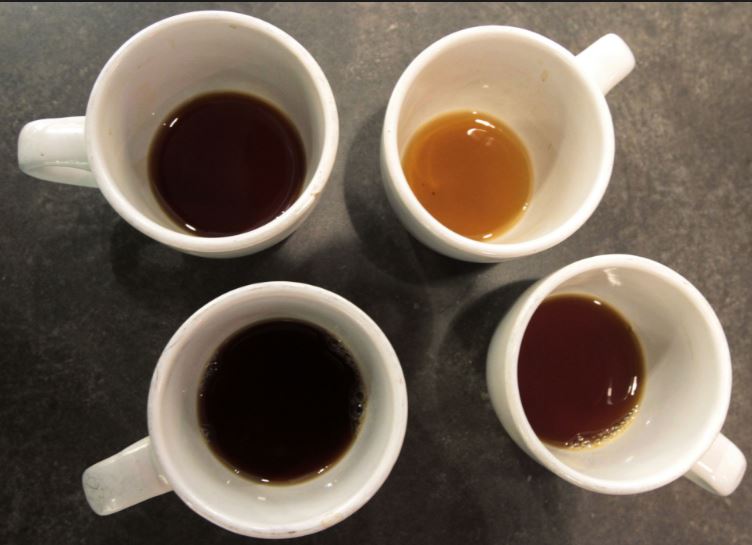 It may seem strange to bring up the term “addiction” in conjunction with the military diet.  Be we get many questions about coffee and tea on our Military Diet Substitutes page.  At the end of the day we see coffee and tea as addictive substances that ultimately change how your body and mind work. It is true that coffee consumption certainly doesn’t carry the same stigma as the abuse of illegal drugs or alcohol, it does carry many of the same symptoms and a level of risk that might surprise you.

The same goes for that energy drink you may consume in the afternoon when your concentration level is lagging. Sure, energy drinks are perfectly legal, like coffee, and can be purchased at most stores, but that doesn’t mean they don’t carry many facets regularly associated with addiction.

“I Haven’t Had My Coffee Yet”

If you find yourself saying this, then the joke may carry a little more weight than you thought. One of the main definitions of addiction is that the addict needs the substance or activity they are addicted to in order to function properly. If you cannot function at top level without your morning coffee, then the probability is high that you are addicted to caffeine. Once you’ve had those first couple sips and you start feeling right again, this is similar to how a cocaine or heroin addict feels when abusing their preferred substance. Of course, unlike with these substances, with coffee you are engaging in something that is completely socially acceptable. But this doesn’t mean you aren’t addicted.

If you’re in the habit of slamming an energy drink each morning or afternoon, then chances are you meet the addiction criteria as well. Do you feel out of sorts if you haven’t had your energy drink? Do you find it tougher to function? This feeling is not too far off from what an alcoholic feels when they haven’t had their first drink of the day, so while having that energy drink at work might not carry the same stigma as drinking alcohol at your desk, it does carry a prime aspect of addiction.

One way to figure out if you are addicted to coffee or energy drinks is quite simple: stop drinking them. If you do so and end up suffering from headaches, lack of energy, the inability to think straight, and a marked drop-off in interpersonal relations and work productivity, then you can assume that you are, in fact, addicted to your beverage of choice. According to ridgefieldrecovery.com, an individual who is addicted to heroin may suffer much worse withdrawal symptoms. In contrast, withdrawing from coffee or energy drinks will not require a stay in a detox center, but if you experience these  withdrawal symptoms then you are an addict indeed.

Fortunately, if you do decide to cut out coffee or energy drinks as a New Year’s Resolution or as part of a health or diet goal, the withdrawal symptoms are incredibly mild when compared to other substances. Quitting coffee is much easier than quitting smoking, and it isn’t the lifelong struggle of cocaine or heroin withdrawal. So if the fact that you are addicted to caffeine bothers you and you would like to do something about it, you are in for a much easier ride than with many other substances.

Coffee and energy drinks are so ingrained with mainstream acceptable behavior that it may come as a surprise to many to find out that they are addicted to these beverages. As such,  many coffee drinkers are exposed to some of the same negative aspects as hardcore drug addicts, only on a lesser scale.

Just because your favorite beverage is accepted and enjoyed by most aspects of society, doesn’t mean that you aren’t addicted to that beverage and exposed to some of the pitfalls that come with addiction.

[…] used to consume caffeine regularly. Then for a while I avoided it entirely; I didn’t like being addicted, and the […]