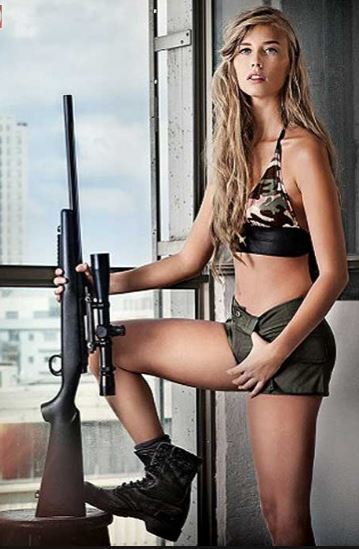 The Israeli Army Diet is not the same as the 3 Day Military Diet. They're not even really close. They do both have Army/Military in the name and they are both very strict. Other than that they are pretty different. The Israeli Army Diet was well known back in the 70's. I suppose it is possible to follow the Israeli army diet plan and get good results. But that is because you are eating very few calories. You aren't getting the necessary carb/protein/fats/vitamins that your body needs every day.

The legend of the diet is that you don't have to be big and tough to win the weight loss game. You just have to be persistent. Though Israel is not a big nation in world map, the country fights with its big foes with ease and wins most of the times. The role of fit Israeli army personals also matters a lot during their successful military operations. They not only fight against terrorism but also ensure to win the battle. They say you also can become slim and attractive by simply following a few simple dietary tips-off mentioned in Israeli army diet.

What Is the Israeli Army Diet?

This diet lasts for 8 days.  Each two day period you only consume one kind of food. Everything else is strictly prohibited in the Israeli army diet. Obviously this diet is not followed by the Israeli army. They would have no energy to fight! The diet is very simple. You only need to consume one foodstuffs for two days (on top of tea and/or coffee). As the diet has less of a calorie intake, it is not certified by any health or medical professional. It is a starvation diet. We cover in the military diet FAQS why these diets do more harm than good. The Israeli diet is not a long term success plan.

If you follow the diet for 8 days, you will likely to lose up to 10 pounds. I repeat: it is not a long term weight loss plan. The best plan for weight loss is a lifestyle change. This diet seems like one of those diets where the dieter will promptly gain his/her weight back…and then probably more. Lack of protein and other essential nutrients like vitamins and minerals are going to take another blow to your body. A balanced dietary plan is always preferred to get-fit-fast plan.

Advantages of the Israeli Army Diet:

It’s not a lengthy dietary plan and within eight days you can complete it.

Likely to burn fat for a short term.

Easy to follow and includes only a few food items.

Disadvantages of the Israeli Army Diet:

Known as a fad diet

Not linked with the Israeli military or any professional dietician

Pass on the Israeli Diet

Why We Don’t Recommend Coffee on the Military Diet

Did you try it?

Is this also known as the weio diet? It seems every country has a diet nowadays.

bookmarked!!, I love your site!

I’m truly enjoying the design and layout of your site.
It’s a very easy on the eyes which makes it much more pleasant for me to come here and visit
more often. Did you hire out a developer to create your theme?
Excellent work!

You made some decent points there. I looked on the internet for the problem
and found most people will go along with with your site.

Not many people write about the Israeli Diet. I don’t know why I haven’t heard more about it.

The Israeli Diet is one that I did years back and actually didn’t feel deprived at all. It may be time for a revisit!

Thanks for the great info, it actually comes in handy.

You made some decent points here. It seems like it makes sense. I just wish dieting were easier 😛

I’ve had a lot of success with the Israeli diet. it’s funny to see it written about here on military diet website.

I’m gone to say to my little brother, that he should also pay a quick visit this web site on regular basis to get updated from
latest news.

I’m gοnna tell my ⅼittle brother that he owes me. We had a bet on the Israeli diet. He wasn’t even close.

Does every country have a diet? What’s America’s? Netflix and greasy popcorn?

I’ve got a Malaysian diet that will beat anything else? Have you ever seen a fat Malaysian?

THE 3 WEEK DIET IS LIFE-CHANGING!